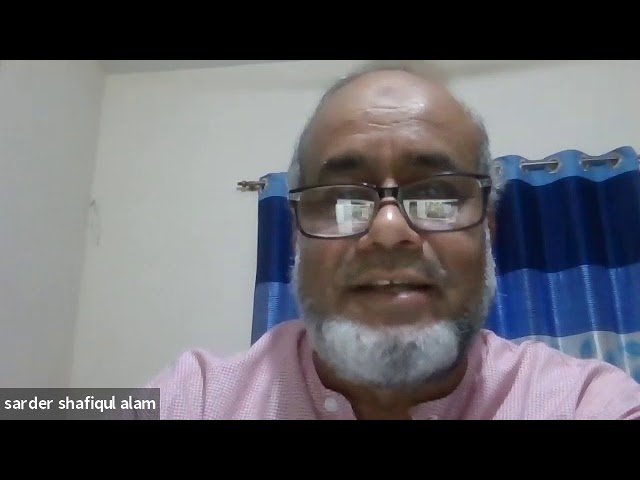 The Fifth Assessment Report of Intergovernmental Panel on Climate Change (IPCC), 2014 (Working group II), notes that Bangladesh is already vulnerable due to its geographic location where extreme weather events, high temperature, erratic rainfall and sea level rising and all these are happening due to climate change. Bangladesh was ranked as the number one economy at risk to climate change in The Climate Change Vulnerability Index, 2014.

Dhaka is one of most vulnerable cities to climate change due to its unplanned urbanization with increasing population density, increasing number of vehicle, reduction of foliage covered area, inadequate open spaces and surrounding rivers. The geographical location makes Dhaka City more susceptible to climatic hazards. It is the one of the fastest growing Mega-Cities in the world with annual influx of people, mostly resulting from poverty, unemployment and climate-change induced natural calamities. This rapid urbanization creates a huge influx of migrants from different hazard prone areas and pushes poor people to live in urban informal settlements. Growth rate of slum population in Dhaka is more than double of the national population rate. Living in environmentally vulnerable areas, with substandard infrastructure, occupational vulnerability and poor access to resources and information, the situation regarding their vulnerability further exacerbates. Recent changes in the climate, along with the pattern of infrastructural development in Dhaka, makes the city more vulnerable to climatic disasters — especially due to flooding caused by torrential rainfall, water logging and heat waves.

Slums of Dhaka city remain extremely exposed to the effect of climate change. Slums in large cities and towns are growing at a rapid pace largely because of migration of people from disaster prone vulnerable areas to urban centres in search of their livelihoods. Most of the slums on private or public lands are located on lowlands or wetlands and are faced with severe drainage problem particularly during monsoon. Drinking water, sanitation, solid waste management and other basic services remain inaccessible due to gap of relevant plans and strategies. Improper shelter, low income, illiteracy, deficient social network, information and knowledge etc. are making them more vulnerable to climate variability.

The Fall 2020 project focuses on the following themes: